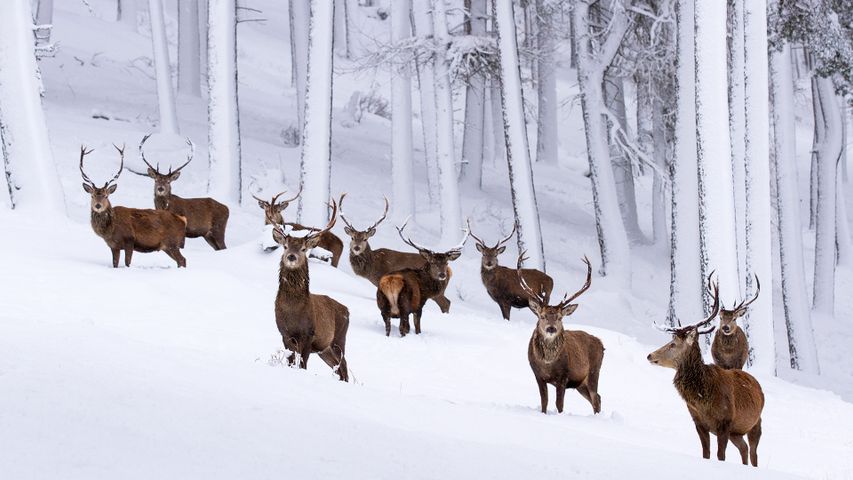 Dashing through the snow…

It’s not reindeer but red deer that populate the pine forests here in north-east Scotland. Looking decidedly festive in our snowy shot, these majestic stags appear rusty red in the summer months but, come winter, their coats turn brown and thicken up (and who can blame them?). Stags’ antlers also increase in size as they get older and come into their own during the rut – the autumn breeding season – in testosterone-fuelled battles over females.

Red deer are Britain’s largest land mammal and can be found scattered across these isles. They prefer woodland and forest habitats – like here in the Cairngorms National Park - but are adaptable creatures which can live on open moorland and hillsides too, if need be. Much of the UK’s population can be found in Scotland, but they do crop up in other areas, from County Durham and Exmoor to a sizeable population in London’s biggest royal park, Richmond Park.

Cow with calf in a rural field for Mother’s Day