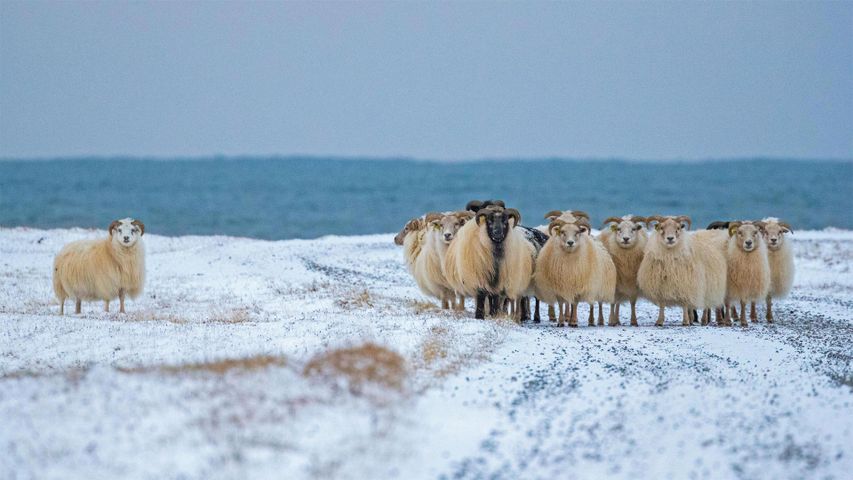 On the lookout for Sheep-Cote Clod

You're looking at one of the oldest breeds of sheep in the world. Icelandic sheep descended from short-tailed sheep brought to the island from Norway in the 9th and 10th century with the first wave of settlers. These sheep, with their dual-layer wooly coats, thrive in this harsh environment, outnumbering people in Iceland by more than a factor of two. But on December 12, these sheep, especially the ewes, will have to contend with something more invasive than the wind chill factor. Sheep-Cote Clod, the first of the 13 Yule Lads, is due to visit. Who's that? Well, Christmas folklore in Iceland is a little different from other places in the world, were one Santa visits children. In Iceland, it is 13 ‘Yule Lads’, mythical mountain-dwelling beings who take up the responsibility of various Christmas duties.