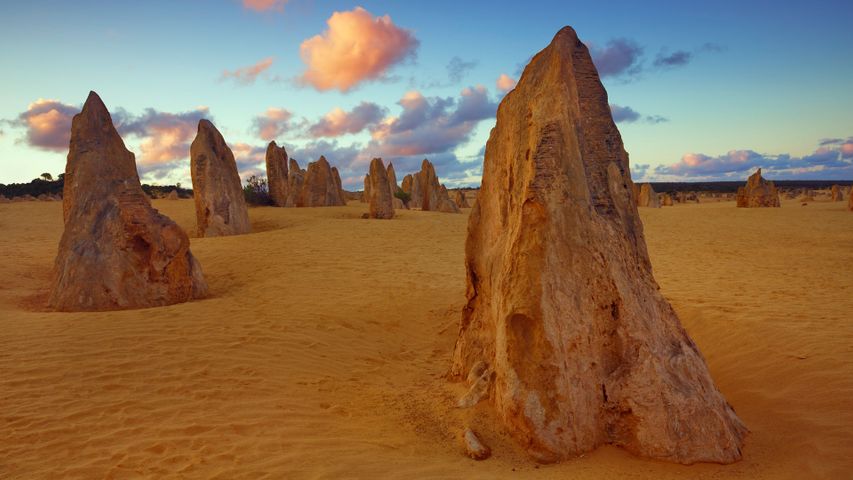 The pinnacle of Australian attractions

No, you’re not visiting the set of the latest ‘Mad Max’ film (Mad Max is an Australian classic movie series, set in a futuristic era of societal collapse, involving landscapes such as today’s homepage), but rather one of Western Australia’s most unique destinations - the Pinnacles Desert within Nambung National Park. Home to thousands of limestone pillars said to have been born millions of years ago, it’s up for debate as to how the pinnacles were actually formed. However, most believe they are a result of seashells gradually breaking down into the sand, which was then later eroded over time by mother nature herself.

Today, visitors are welcome to roam the vast desert plain and admire the drastically varying sizes of the many pinnacles. Some reach as high as three-and-a-half metres, while others more closely resemble the size of a tombstone or even as small as a mushroom.