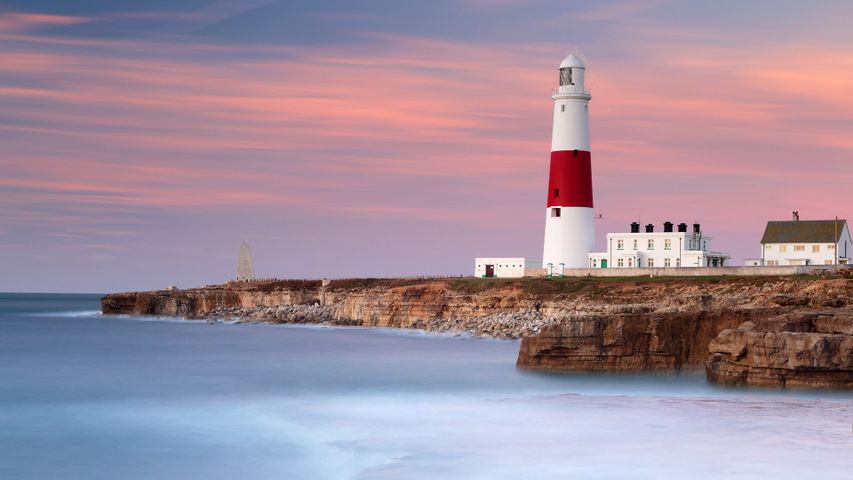 Welcome to the Isle of Portland and its striking red and white lighthouse, which has been warning seafarers off the treacherous rocks and waters here in the English Channel since 1906. This small peninsula and Chesil Beach, which attaches it to the mainland, have seen numerous shipwrecks over the centuries. The Romans are thought to have lit beacons here, to warn boats off its reefs, ledges and tidal surges. Portland Bill Lighthouse, at the southern tip of the peninsula, is a popular tourist attraction and if you can climb the 153 steps to the lantern room, you will be rewarded with sweeping views of the sea and of Dorset’s beautiful Jurassic Coast.

Despite being only four miles long, there’s plenty to see on the Isle of Portland itself – which is famous for its Portland Stone, used in many prestigious buildings, including St Paul’s Cathedral. There’s also a bird observatory, a huge variety of butterflies and plant life, a castle and a much-photographed stone formation known as Pulpit Rock. And, just in case you were wondering, the 1980s children’s TV show The Adventures of Portland Bill was not set here but all its characters were named after British coastal areas and weather stations, including the eponymous lighthouse keeper.