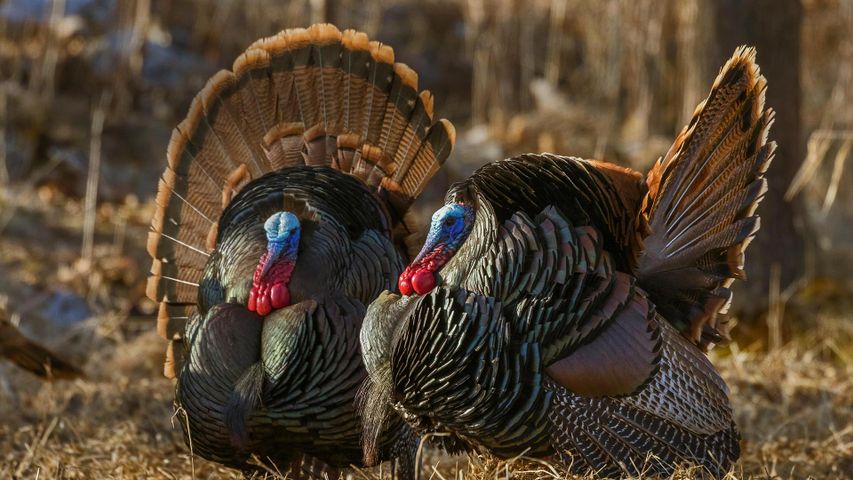 The only difference between the wild turkeys in our photo today and the domestic turkeys many of us are preparing for the Thanksgiving meal is that domestic turkeys are raised on farms. Scientifically speaking, they’re the same species. The wild turkeys—like these two in Winter, Wisconsin—demonstrate how incredible these birds are in their natural environment. Adult turkeys have some 5,000 to 6,000 feathers, which work kind of like cat whiskers, helping the birds sense their environment. It’s the tom turkeys who have these large tail feather displays—they use them to attract hens. Wild turkeys don't fly far and don't migrate, but they are agile and can cover short distances quickly. They’re also highly adaptable to new environments, ranging throughout Mexico (where they originated) and the contiguous United States, and into several Canadian provinces as well.