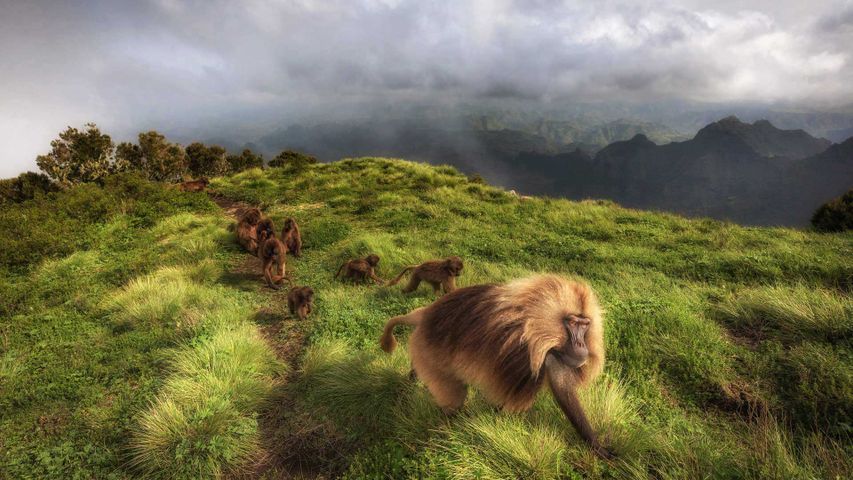 On the ‘roof’ of Africa

From their home in the Simien Mountains of Ethiopia, these rare gelada monkeys look like they’re on top of the world. Simien Mountains National Park, a Unesco World Heritage Site, is home to some of the highest elevations in all of Africa, marked by deep valleys, jagged mountains and sheer cliffs. This harsh climate nurtures rare and endangered species, including our homepage friends.

Geladas live only here in the Ethiopian highlands. Nicknamed the bleeding-heart monkey, they are recognisable by the bright red, hour-glass-shaped patch on their chests. They have another claim to fame: This chatty species produces a diverse range of calls which are so complex, they’re thought to be similar to humans. What do you think they’re talking about?

A New Breath by artist Saype in Moléson-sur-Gruyères, Switzerland