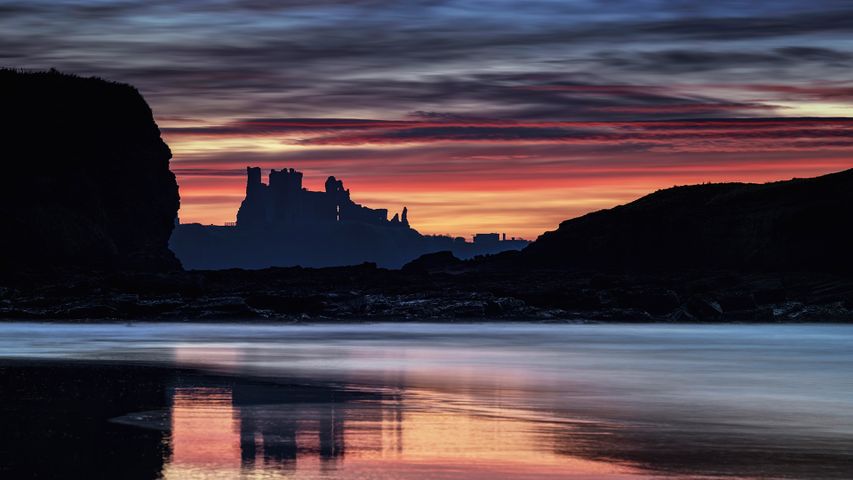 Welcome to Seacliff Beach in East Lothian and its enviable view of the last of Scotland’s mighty medieval fortresses, Tantallon Castle. Spectacular by day or by dusk, Tantallon has perched high on the cliff edge here since it was built for nobleman William Douglas in the mid 14th century. The house of Douglas split into two branches, the Black and the Red, and it was the Red Douglas dynasty which owned the castle for three centuries, occasionally clashing with the Crown. Tantallon saw off sieges in 1491 and 1528 but was finally left in ruins by Oliver Cromwell’s troops in 1651.

Its imposing 50ft red sandstone wall was built to withstand trebuchets, battering rams and arrows in the days before gunpowder. These days you can walk along the top for fabulous views over 98ft cliffs, the Firth of Forth and the Bass Rock - an internationally renowned seabird colony. There’s also plenty to see in the remains of the castle itself, including a spooky pit prison - if you are feeling brave (there has been at least one reported ghost sighting at Tantallon).