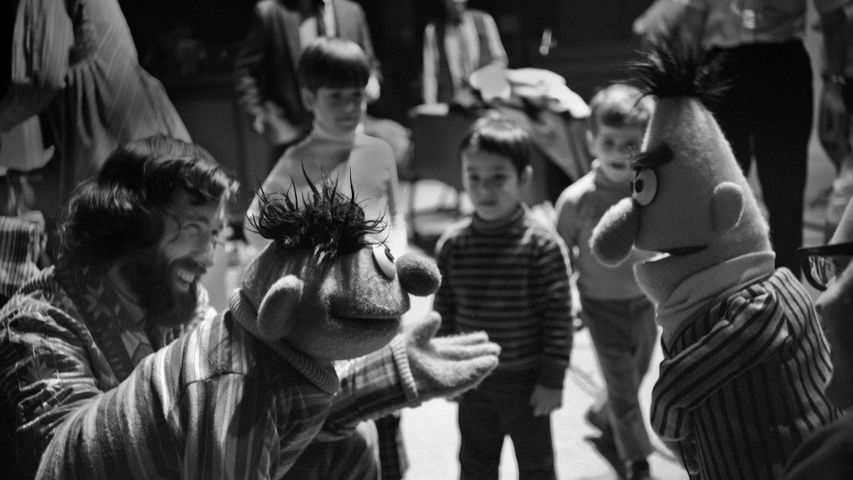 Jim Henson, along with Ernie and Bert, rehearses for an episode of 'Sesame Street' in 1970 in New York City

On this day 50 years ago, public television stations first introduced to viewers a colorful community of monsters, birds, grouches, and ordinary people all living together on a friendly urban street. TV producer Joan Ganz Cooney had developed the idea for 'Sesame Street.' She was convinced that television, with its ability to quickly capture the attention of young children, could be used for good—to educate as well as entertain. With the help of Jim Henson, creator of the Muppets, 'Sesame Street's' unique cast of characters, skits, and animated videos introduced a new way to provide early education for young children.

Now, 4,500 episodes later, Big Bird and Cookie Monster have become household names in more than 70 languages and 150 countries. And over the years, hundreds of famous guests, from James Earl Jones to Barbara Bush, have visited 'Sesame Street,' helping to teach lessons in acceptance, friendship, and respect. Sounds like our kind of place. Can you tell me how to get to 'Sesame Street'?