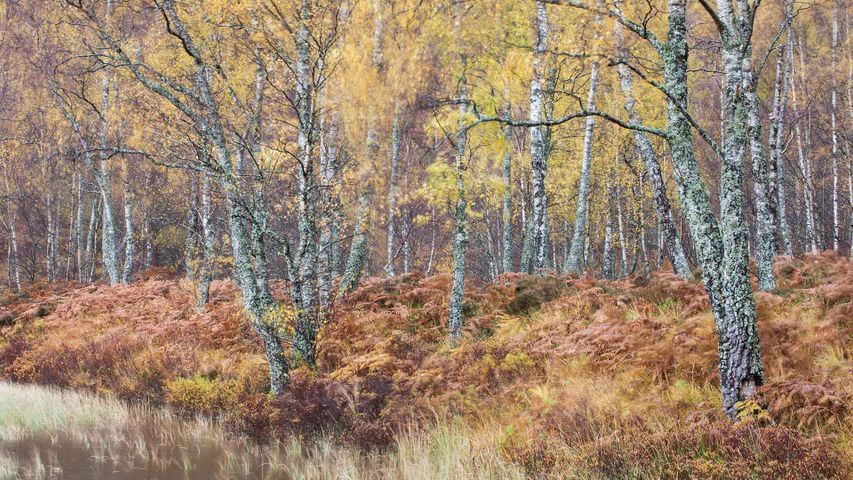 Silver birch trees like these in Craigellachie National Nature Reserve have long been celebrated as symbols of purity and rebirth. In early Celtic mythology, bundles of their twigs were used to drive out spirits of the old year while in Scottish Highlands folklore it was believed that a barren cow herded with a birch stick would become fertile. Known as the “lady of the woods”, the old Gaelic word for birch, beith, can be found in some Scottish place names – the same goes for birk in England and bedw in Wales.

This nature reserve in Strathspey, in the Highlands, is known for its upland birch woodland, which is home to an impressive selection of moths among a wide variety of other creatures from dragonflies to peregrine falcons. The light, open canopy of silver birches also encourage wood anemones and dog violets to grow during the spring and summer – as well as offering a glimpse of panoramic views of Britain’s largest national park – the Cairngorms - which can be enjoyed, unobstructed, if you climb to the hill’s craggy summit.