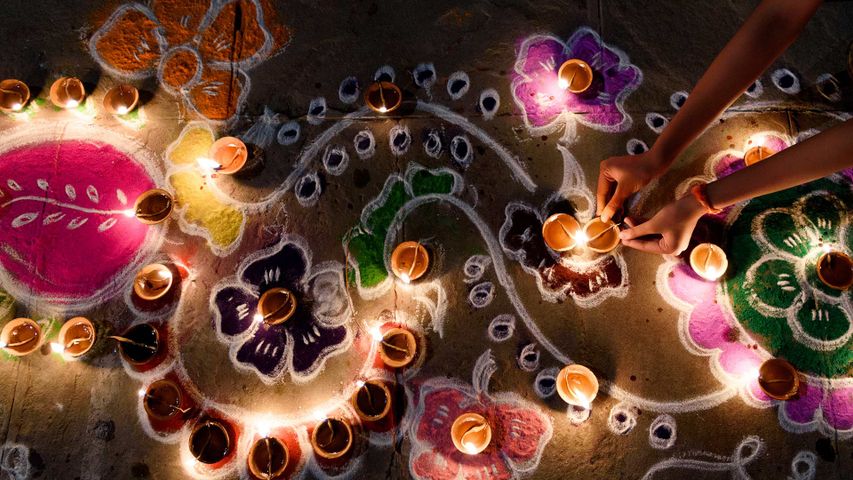 Today the country, as well as Hindu settlements all over the planet, observe the festival of Diwali. Diwali is generally observed as the symbolic victory of good over evil, and light over darkness. The festival of lights dates to prehistoric times, and some accept it as a representation of a successful harvest – with diyas representing the presence of the life-giving sun.

A literal translation of Diwali is ‘row of lights’ or ‘series of lights’. Today just about every neighbourhood in India, among other countries will be lit up with diyas, arranged in artistic geometric designs, simply laid out in rows or sometimes used along with the Rangoli designs.