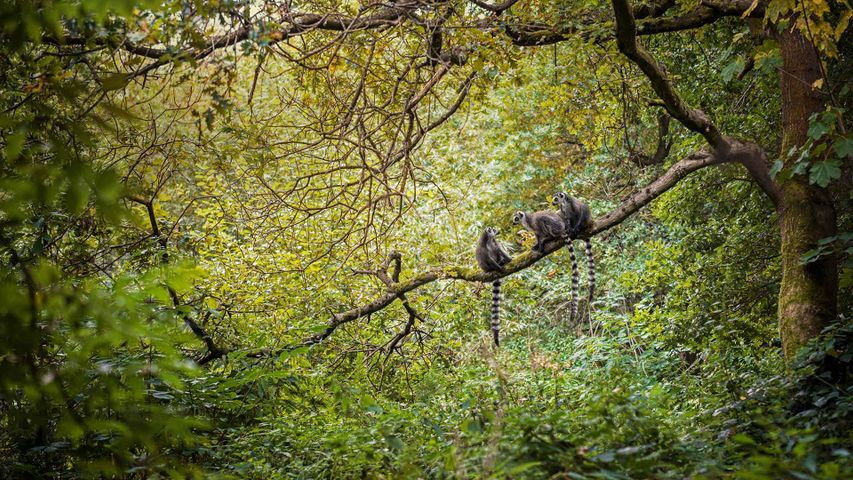 What better place to see in World Lemur Day than Madagascar? The world’s fourth largest island, off the southeast coast of Africa, is home to more than 100 species and subspecies of the animals. Most are small, with a pointed nose, large eyes and a tail. They mainly live in trees and can be highly social, like the ring-tailed lemurs on our homepage, or live a solitary existence like the elusive aye-aye. Lemurs have opposable thumbs and five fingers with fingernails on each hand, marking them out as members of the primate order of mammals. About 65 million years ago, scientists believe, lemurs drifted on rafts of vegetation from the African continent to the shores of Madagascar. Safe from competition and most predators, lemurs evolved into many highly specialised varieties and now can be found in almost all habitats on the island.

But lemurs are under increasing threat from hunting and forest destruction - a threat so great they're considered to be the most endangered group of primates in the world. World Lemur Day, held on the last Friday in October, aims to raise awareness and encourage conservation to protect these extraordinary creatures from extinction.