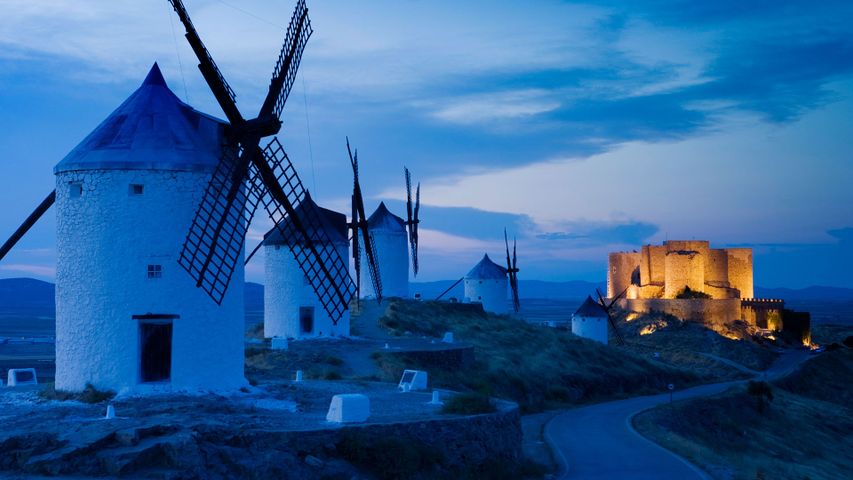 Chivalry isn’t dead in La Mancha, where the iconic windmills that inspired Cervantes still turn in the breeze, keeping watch over any potential knight-errant who may pass by. Made famous by the Cervantes’ novel ‘Don Quixote,’ these windmills are found in the village of Consuegra, near an ancient castle that was once home to the Knights of San Juan, the Spanish branch of the Order of St. John. First published in 1605, ‘Don Quixote’ is widely regarded as one of the greatest works of fiction, and it continues to inspire.