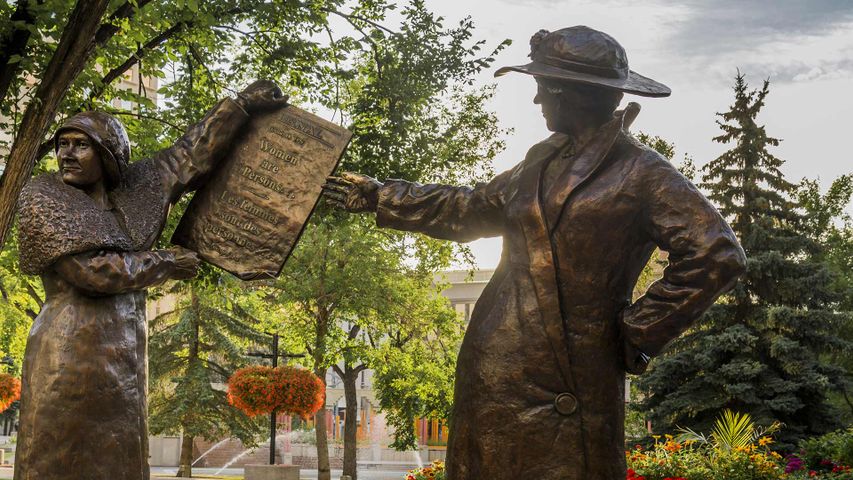 The women pictured here are part of Alberta’s ‘Famous Five’ – a group known for political activism dating back to the late 1800s. The group consists of Irene Parlby, Henrietta Muir Edwards, Louise Crummy McKinney, Nellie McClung and Emily Murphy. They actively worked on numerous campaigns for women’s rights and for their involvement with the Persons Case, which was a ruling that gave women the right to be appointed to the Senate. October 18, 1929 is known as Persons Day since it marks the day when Canada’s highest court of appeal made the historic decision on Persons Case which led to the legal identification of women as ‘persons.’