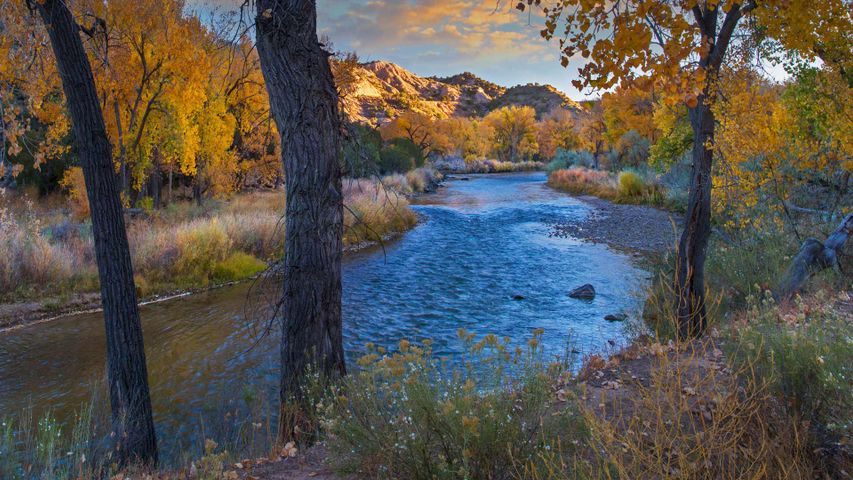 Exactly 49 years ago today, U.S. President Lyndon B. Johnson signed into law the national Wild and Scenic Rivers Act, which was formed to help preserve natural scenes just like this one on the Rio Grande as it winds through New Mexico. The Rio Grande is just one of more than 200 US rivers now preserved as part of the program, which is gearing up for its 50th anniversary in 2018. From its headwaters in the San Juan Mountains of southern Colorado, the Rio Grande flows through New Mexico and Texas, then shares a border with Mexico before emptying into the Gulf of Mexico. Across the border, it’s known as Rio Bravo, with bravo meaning ‘agitated’ or ‘furious.’ That may be an apt description along some parts of the river’s course, but it’s certainly ‘wild and scenic’ on this stretch.