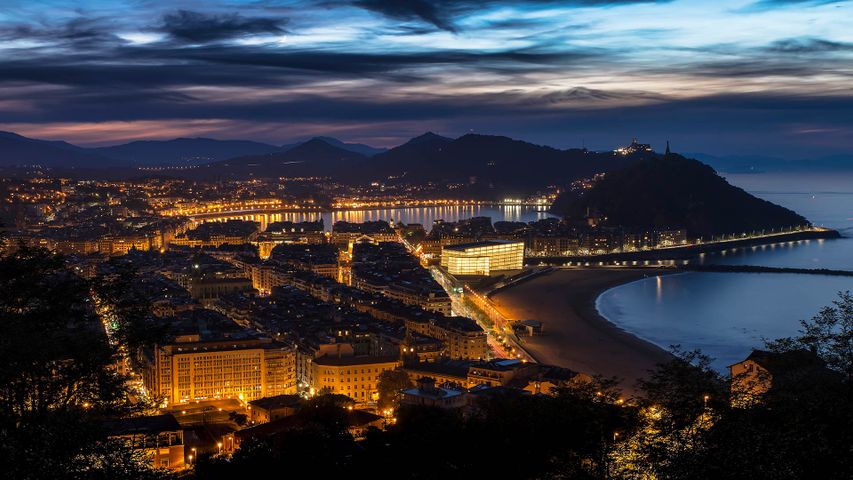 The San Sebastian International Film Festival, which is currently taking place in Spain’s Basque Country, is the most important film festival in the country, and one of the fourteen most influential in the world. Its first edition dates back to 1953, and in the following 67 years its red carpet has showed off cinema royalty such as Alfred Hitchkock, Woody Allen, Francis Ford Coppola, Elizabeth Taylor and Bette Davis.Formerly the festival was held at the Victoria Eugenia Theater, but since 1999 its headquarters now lies within the avant-garde Kursaal Palace - the cube-like structure illuminated in today’s picture. Behind it we can see La Concha Bay, the most emblematic San Sebastian location, which gives its name to the Festival awards (La Concha de oro – The golden Shell) and extends between the mountains Igueldo and Urgull. The bay is about two kilometres long and is surrounded by one of the most popular Spanish promenades (San Sebastian Paseo Marítimo).

The road up Mauna Kea on the Big Island of Hawaii