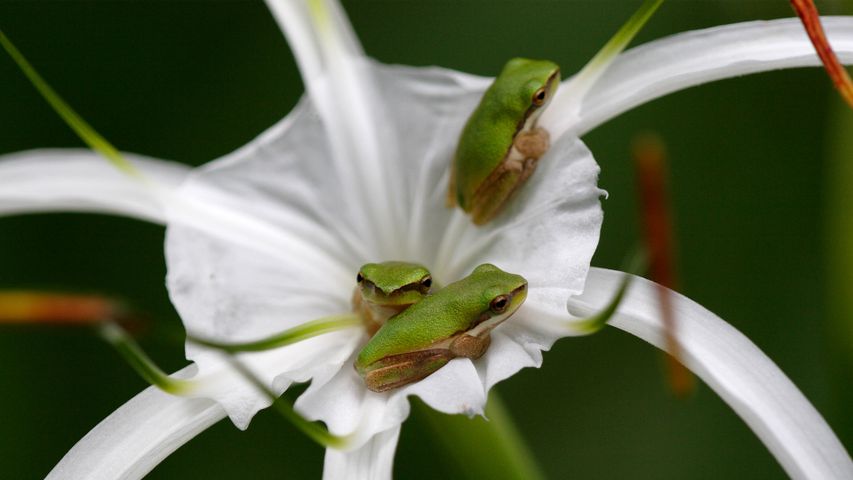 Visit one of Australia’s many wetlands, particularly in Queensland, and you’re more likely to hear an Eastern Sedgefrog before you see it. Known scientifically as Litoria fallax, the amphibians are skilled at the art of camouflage. Though they’re traditionally a brighter green in colour (much like the trio you see today) they can also switch to brown or a mix between the two. This ability is especially helpful when trying to blend into the vegetation of the various swamps or dams the frog hunts in - looking for mosquitoes and other flying insects.During the spring and summer months, the sharp sound of a male’s call is much more noticeable as it attempts to attract a mate or claim prime position on vegetation. It’s the latter, in fact, which can see two males wrestling to hold onto the highest spot of emergent land.

A coal tit taking a break