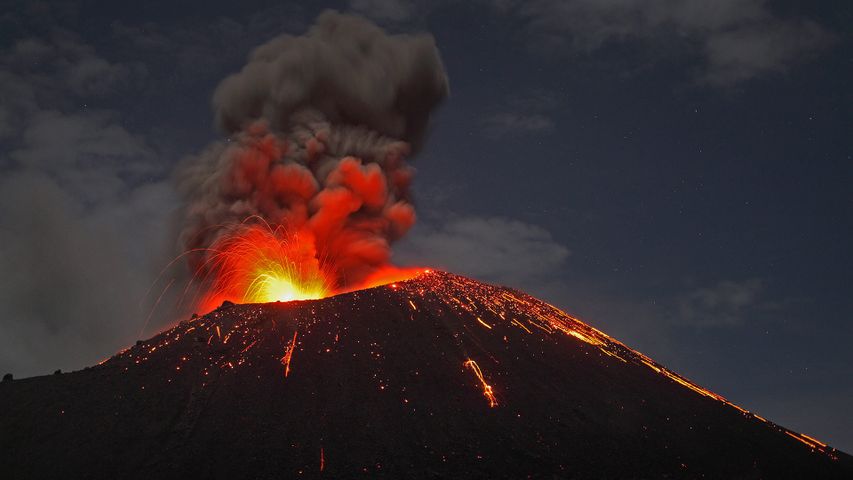 Over two days in late August 1883, Krakatoa—an uninhabited island near Indonesia—experienced one of the most destructive volcanic explosions of modern times. Ten times more powerful than the eruption of Mount St. Helens, the explosion obliterated all but a third of the island. The blast could be heard 5,000 kilometres away—it’s still the loudest sound ever recorded—and triggered massive tsunamis. More than 36,000 people lost their lives, and the explosions impacted the entire world: Global temperatures dropped and skies darkened for years, causing huge crop failures. Sunsets turned a vivid red and the moon was often blue or green for years after the event due to the volcanic debris circling in the atmosphere.The volcano we’re featuring today emerged from the ruins of the giant that exploded on this day in August 1883. Anak Krakatoa, or ‘child of Krakatoa,’ began to rise in 1927. Though it has yet to be as destructive as its predecessor, the juvenile volcano is highly active, and a collapse of the lava dome in December 2018 caused a massive tsunami, a reminder of just how dangerous this part of the world remains.