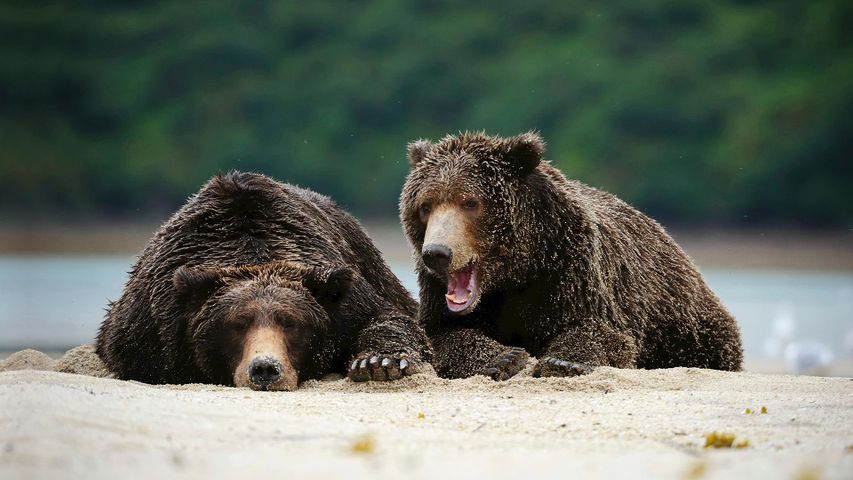 Bearing it all. Get the bear facts

If you want to see a brown bear in the wild - and from a safe distance - this is a good time to head to Katmai National Park and Preserve in southern Alaska. The 1.6 million-hectare park is home about 2,200 brown bears, the largest population of protected brown bears on the continent. In summer and early autumn, these normally solitary creatures congregate and wade into rivers and streams to feast on salmon returning home to spawn. One of the best spots for bear watching is Brooks Camp, which offers three platforms built just for this purpose. But it takes some effort to get there - the park is only accessible by plane or boat.So, are these brown bears or grizzlies? That's complicated. In North America, there are several subspecies of brown bears that vary in size and colouring, though they're all members of the same species (Ursus arctos) that can also be found in parts of Europe and Asia. It’s the most widely distributed bear species in the world. 'Grizzly' tends to refer to brown bears that live in the interior of Alaska, Canada, and parts of the lower 48 states. When people refer to ‘brown bears,’ they’re generally talking about bears like these two, which are bigger than most ‘grizzlies’ and roam the coastal areas of Alaska. They go by several names: Alaskan brown bears, coastal brown bears, peninsula brown bears, and peninsula grizzlies. Kodiak bears, which live on nearby Kodiak Island, are considered the largest of all the brown bear subspecies.

View of the historic centre of Menton, Alpes-Maritimes, France