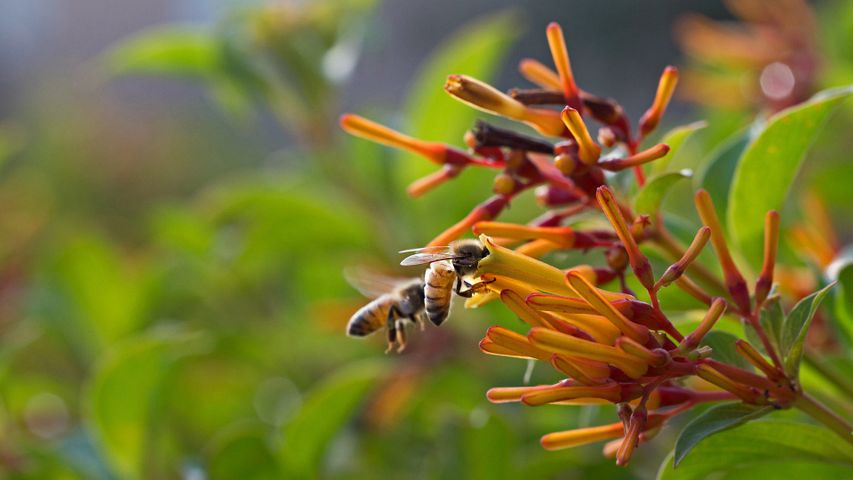 Even if most of the time you try to avoid bees—and, perhaps, pictures of bees—you may want to make an exception today: it's National Honey Bee Day, in the United States. Back in 2009, the day was officially recognized to help raise awareness about the critical role bees play in the world's ecosystem and give a nod to the beekeeping industry. Around the world, there are over 20,000 species of bees, which include solitary bees, bumblebees, and honeybees. These industrious insects contribute to roughly a third of the world's food supply by pollinating crops. In US alone, domesticated honeybees pollinate about $20 billion worth of crops such as almonds, watermelons, blueberries, and more.Unfortunately, the population of bees and other insects have declined from historic levels due to a variety of factors, such as parasites, pathogens, pesticides, and the loss of habitat. What are some things you can do help bees in particular? Plant bee-friendly flowers, avoid the use of pesticides in your garden, and buy local honey to support beekeepers in your area. Let's try to make the world 'bee nicer.'