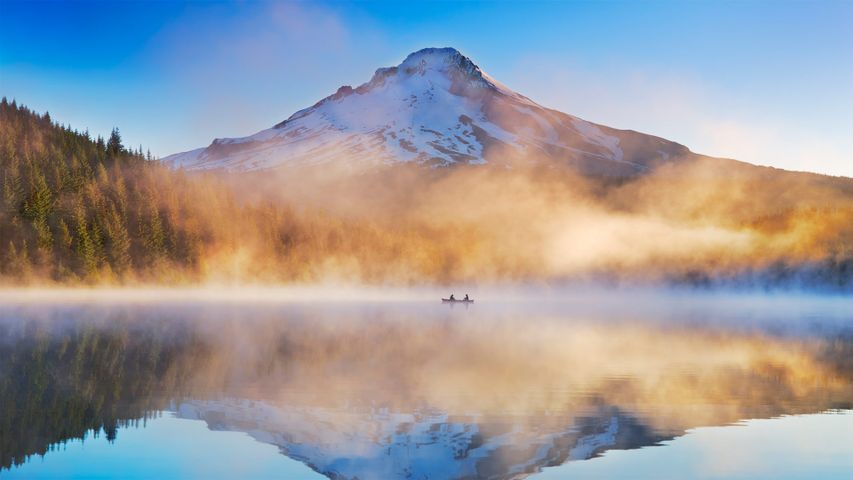 Postcard from Oregon. A picture-perfect day on Trillium

Today we're out on Trillium Lake, a manmade lake in the shadow of Mount Hood, Oregon's tallest peak. Formed in 1960 by damming a tributary of the Salmon River, Trillium Lake's a popular spot for fishing, camping, and boating. In springtime, the surrounding woods are filled with trilliums, the native flowering plants the lake's named for. Take the flat, 3-kilometre loop trail around the lakeshore for stunning views of Mount Hood. But don't stop there. Mount Hood National Forest has more than 1,900 kilometres of hiking trails, not to mention year-round skiing at higher elevations. Wrap up your day at the Timberline Lodge, built during the Great Depression by the WPA and now a U.S. National Historic Landmark. Bonus fact: Timberline Lodge was used for exterior shots of the Overlook Hotel in the horror movie 'The Shining.' But don't let that scare you off from visiting.