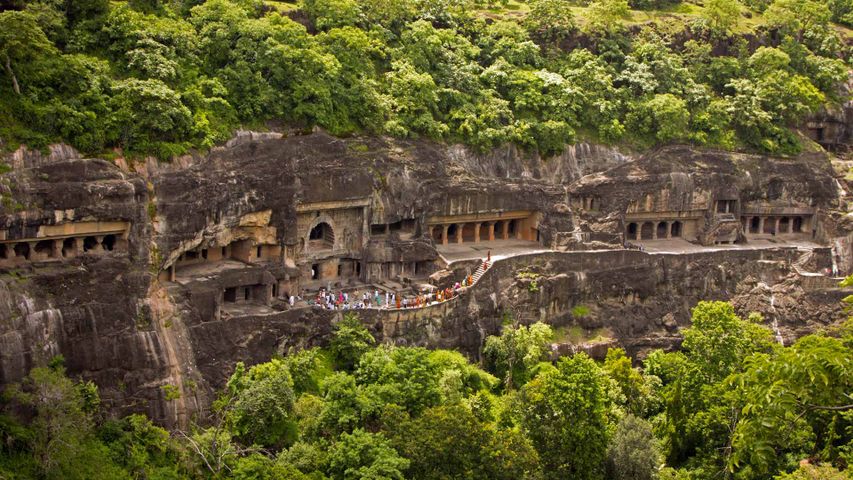 Today we are at the Ajanta Caves in Maharashtra. These 30 rock-cut caves carved out of Basalt rock date back to the 2nd Century BC. The caves contain Buddhist art works which have been finely preserved, and they serve as an example of the Indian art that was around at the time. The stories depicted in the artwork revolve around the life of Gautham Buddha.Just a few hours’ drive away, the Ellora Caves similarly depict artwork from the period, including Buddhist, Jain and Hindu mythologies, standing testimony to the religious harmony that existed at the time. The Ajanta and Ellora caves were declared a UNESCO World Heritage Site in 1983, and have seen an increased influx of tourists since.