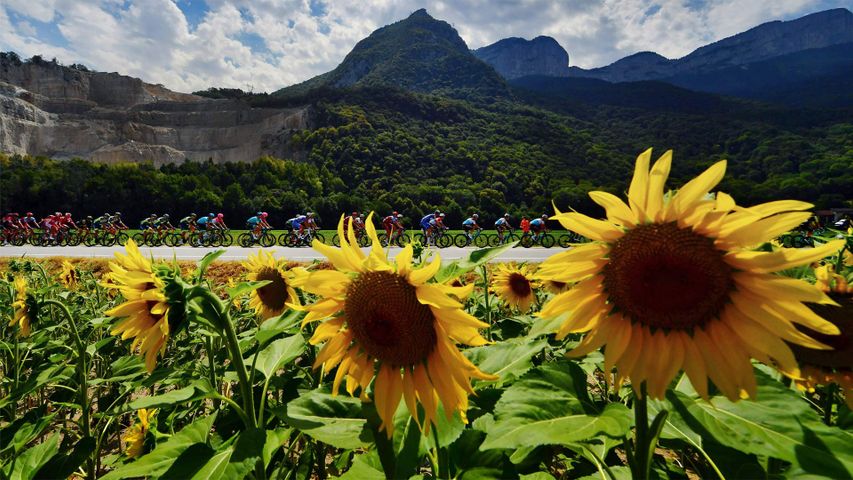 Cyclists have been competing in this prestigious, multi-stage race since 1903. The route is changed every year but always includes a mix of terrains and elevations, mostly in France. Originally conceived as a promotion for a newspaper, the Tour is now a worldwide sporting event that draws billions of viewers each year. Here, competitors are biking alongside the summertime sunflowers of southern France that are in full bloom during the race. This scenic image is a foil to the gruelling duration of the event, which covers more than 2,000 miles over a 23-day span. Although cyclists are organised into teams, the individual who completes the strenuous course in the overall shortest amount of time wins and gets a cash prize often shared with team-mates. The 2019 race began in Belgium this weekend and will pedal past the iconic sunflowers around stage 16 before coming to a stop in Paris.