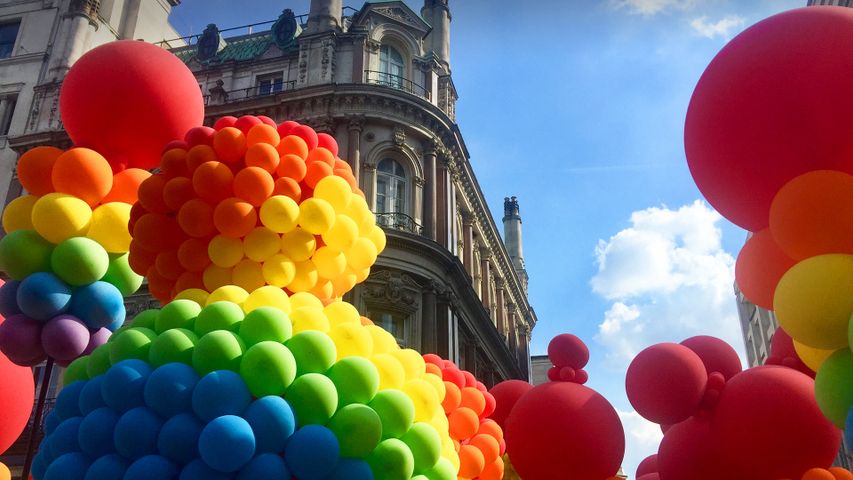 Pride in London. Rolling out the rainbow carpet

We're celebrating Pride today in London, where thousands of revellers will join the capital's iconic parade to mark 50 years of activism, celebration and protests that followed the Stonewall riots in 1969. The watershed moment, which saw people protest against a police raid at the Stonewall Inn, a gay bar in Manhattan, New York City, served as a catalyst for the modern day Pride movement in the United States and around the world. Fifty years later, so much progress has been made in the fight for LGBT+ civil rights, and so much work remains.So, how did the rainbow become a symbol of Pride? US artist and gay rights activist Gilbert Baker is credited with creating the original rainbow flag, which was flown for the first time at the San Francisco Gay Freedom Day Parade in 1978 (before this, the symbol of the gay movement was a pink triangle which had been associated with the Nazis). Baker saw the rainbow as a "natural flag from the sky" and each colour was assigned a symbolic meaning. Originally there were eight colours, but it gradually lost its stripes until it became the six-colour version that is now one of the most recognised symbols in the world.