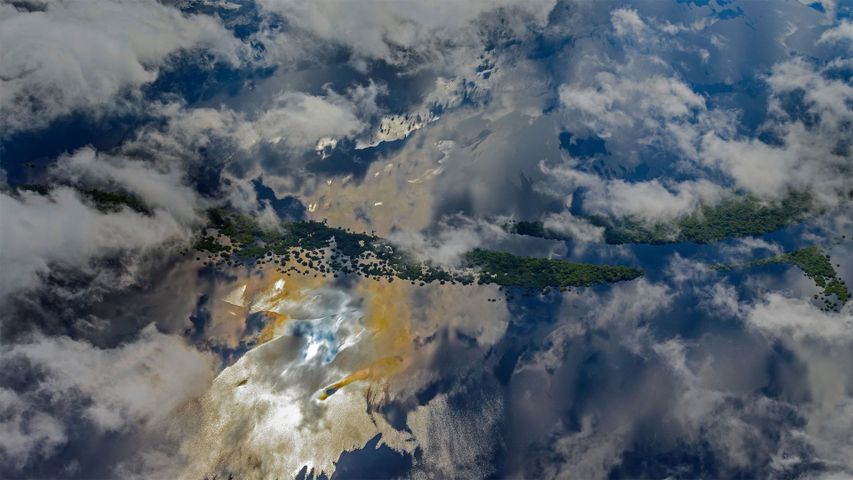 For World Rainforest Day we take you below these clouds to the Amazon River Basin and the largest rainforest in the world. At more than 2.1 million square miles (that’s over 54 lakh square km!), the Amazon accounts for half of Earth’s remaining tropical rainforests. And a fifth of the world’s freshwater flows through this river basin. Perhaps a tenth of the planet’s known species call it home, many of which have yet to be identified—that’s trees, plants, fish, mammals, and a third of Earth’s bird species. Now take a deep breath. The ‘Lungs of the World’ produces 20 percent of Earth’s oxygen, while storing vast amounts of carbon dioxide, earning it an all-star ‘carbon sink’ status.Why’s it called the Amazon? Spanish explorer and conquistador Francisco de Orellana gave it that name after encountering indigenous women of the Pira-tapuya tribe who fought alongside men. The women warriors of the region reminded Orellana of the Amazons of Greek mythology. Today, the Amazon rainforest still sounds almost mythologically powerful—and it is. Yet, all rainforests are fragile biosystems. Worldwide, we lose swaths of these precious environments to agriculture and mining. However, the pace of deforestation is slowing as farming methods improve and advocacy efforts build awareness around these rich bio-diverse tropical rainforests. The more we learn about rainforests, the more we appreciate how our own future, and the future of our planet, hinge upon their health.