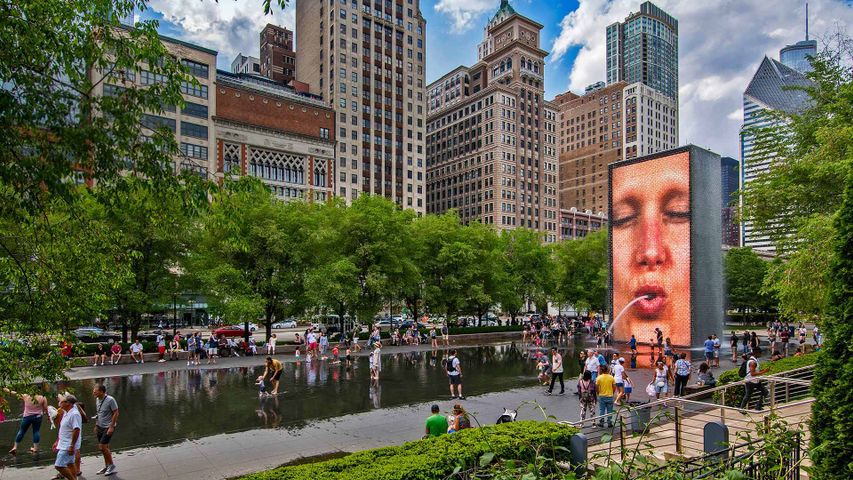 The Crown Fountain by Catalan artist Jaume Plensa is one of the jewels of Chicago's Millennium Park – and a perfect place to cool off on a hot day. The interactive fountain is composed of two glass-brick towers and features rotating videos of different people's faces. More than 1,000 subjects were filmed for the project, intended to reflect the diversity of the Chicago population. Each face is shown for about five minutes, before a jet of water sprays from the subjects' mouths, reminiscent of gargoyle fountains. This weekend, there will plenty of visitors to the park attending the annual Chicago Blues Festival, which celebrates the city's rich blues music legacy and is the largest free blues festival in the world.