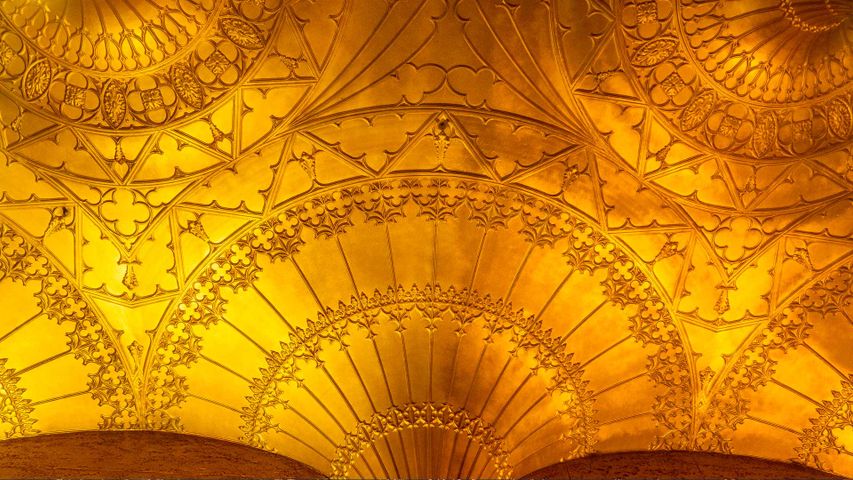 Fan vaulted ceiling of the foyer of the State Theatre, Sydney

If you fancy a flick and happen to find yourself in Sydney, there’s no better time to visit the cinema than in the middle of the Sydney Film Festival, which is now in full swing. Every June the event showcases some of the world’s best and most exciting new films over the course of 12 days – in 2019 running from June 5 until June 16. More than 200 movies are shown across a range of locations around Sydney, 12 of which are selected for the Official Competition, which celebrates “courageous, audacious and cutting-edge” and grants the winner a $60,000 cash prize.What do the golden fans, highlighted in today’s image have to do with any of this? Well, you’re actually looking at the ceiling of the State Theatre – a historic building that first opened its doors, as luck would have it, on June 7, 1929, offering patrons “entertainment of unparalleled magnificence”. Today, that mantra continues, acting as the home of many theatre productions, comedy shows, and both Sydney Film Festival’s opening and closing night movies. We’ll bring the popcorn.

Ceiling of the Tomb of the Unknown Australian Soldier, Australian War Memorial, Canberra