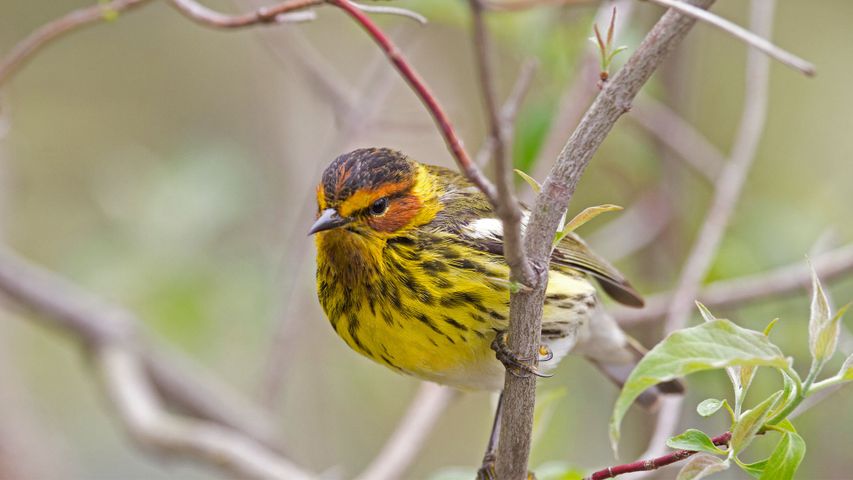 The Cape May warbler was named for Cape May, New Jersey, where it was first observed by ornithologist Alexander Wilson in 1811. After that, these birds weren't seen again in the area for more than a century.In spring, this warbler migrates almost 3,000 miles from the West Indies to the coniferous forests of Canada and the northern US to breed. As the fist-sized songbird flies north, its diet adapts to the environment. During winter among the palm trees, the Cape May drinks berry juice and the nectar from flowers thanks to its unusual semi-tubular tongue. But in summer in the boreal forests, it eats insects—especially the spruce budworm—with a special gusto.