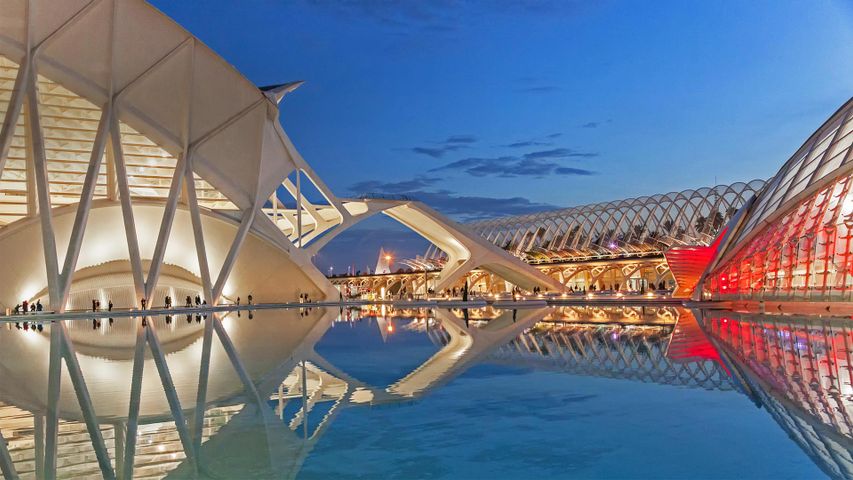 Inspired by the City of Science and Industry in Paris, the Valencian Autonomous Government created the City of Arts and Sciences, enlisting the talents of architects Santiago Calatrava and Félix Candela to give the Spanish city a modern cultural attraction. Built in a park on the drained riverbed of the Turia River, the first portions of the multi-building attraction opened in 1998. Several additions followed, the most recent being L'Àgora, a covered plaza that opened in 2009 to host concerts, exhibitions, and other events.Today we’re showing this futuristic-looking center for education and entertainment to celebrate International Museum Day. The observance began in 1977, with participating museums, galleries, and similar institutions offering free or reduced admission, as well as programs to highlight the work they do. Saturday is a great day for wandering around an old favorite museum or exploring a new one.