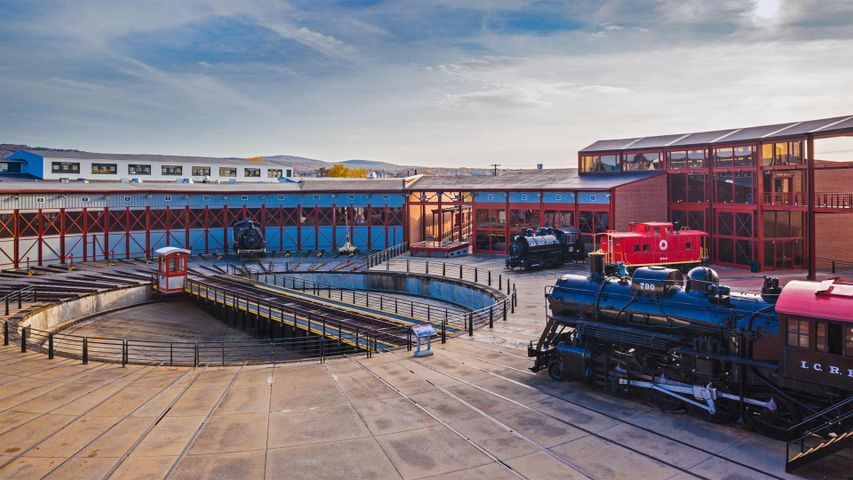 Welcome to Steamtown. Looking back on 150 years of rail travel

In 1986, work began to convert an old rail yard in Scranton, Pennsylvania, from a relic to a heritage preservation site now known as Steamtown. A donated collection of train engines, some dating back to the 1800s, gave Steamtown exhibits to show off, while the fully functional rail yard provides a live demonstration of how trains work—and how rail transit greatly changed the United States.On this day 150 years ago, in 1869, the Golden Spike was hammered in at Promontory Summit, Utah Territory, creating the First Transcontinental Railroad. The new rail line linked the established railways of the eastern United States with the rapidly expanding railroads of the West, and made transcontinental travel via train a reality. Need some context? The alternative at the time would be to traverse the nearly 2,000-mile stretch between Omaha and San Francisco by horse, wagon, or your own two feet. With rail travel now an option, America’s westward expansion was suddenly in high gear.