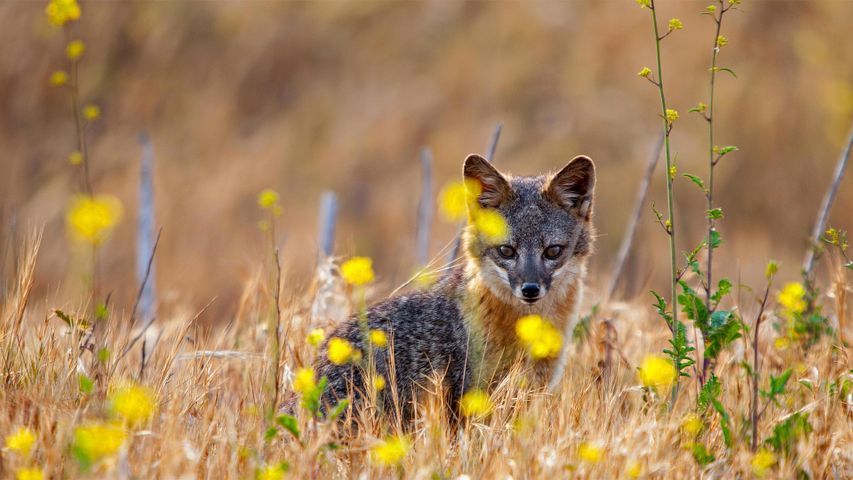 Meet the island fox, a petite resident of California’s Channel Islands National Park and a true comeback kid. The housecat-sized creature is endemic to the islands, meaning it’s found nowhere else on Earth. In the 1990s, scientists observed the island fox population on Santa Cruz Island dropping to fewer than 100. The decline was attributed largely to golden eagles, who moved into new territory after bald eagle populations declined and found the island foxes to be easy prey. (Golden eagles are more prodigious hunters than bald eagles.) Environmental groups launched an effort to bring back the island fox, in part by relocating golden eagles, and these days the population has rebounded back above 1,000. That’s good news for the fox–and for the entire island ecosystem. As the eagle situation demonstrated, most things in nature are interconnected.