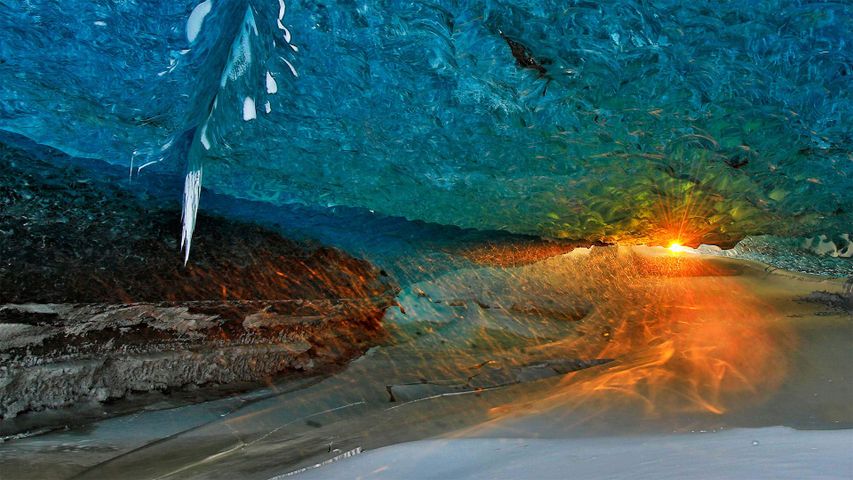 It’s the first day of summer in Iceland. Known as ‘sumardagurinn fyrsti,’ this national holiday has been celebrated on the first Thursday after April 18 for centuries. The first settlers on Iceland used the Old Norse calendar, which divided the year into just two seasons. So, summer starts earlier and lasts longer in Iceland than in other countries. But then, so does winter. Today’s a cold start to summer, with temperatures in late April rarely getting above 10 degrees Celsius, but conditions are good for the ice cave we’re featuring today, in Vatnajökull. The Vatnajökull glacier is the largest ice cap in Europe by volume, and rests atop multiple active volcanoes. Gleðilegt sumar, Icelanders!