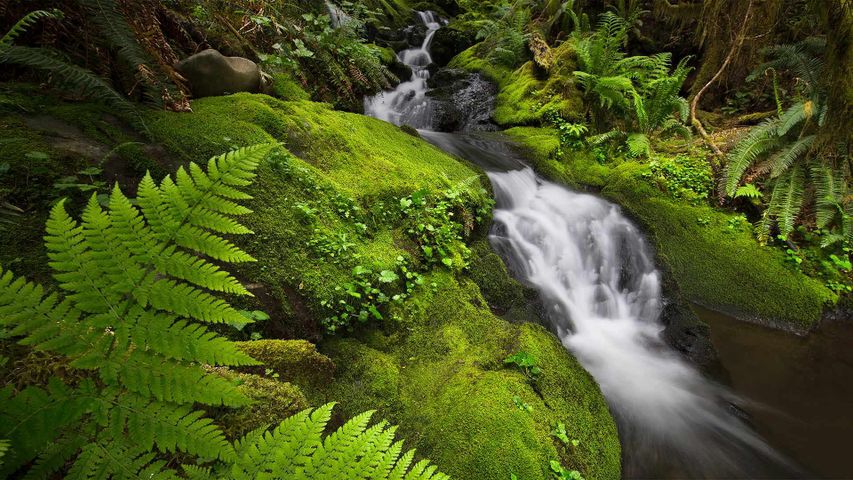 In the rainforest. Cool water in the Quinault

The Quinault Rainforest is one of four lushly forested valleys on Washington state’s western peninsula. It’s part of the Olympic National Park within the Olympic National Rainforest - a temperate rainforest that can get anywhere from three to four metres of rain per year. All that water means the forests here are bursting with greenery, especially during springtime in the region - as the mountain snow begins to melt and the many rivers begin to flow with gusto.We're here to celebrate National Park Week, a nine-day celebration of the 61 national parks in the United States. If you happen to be travelling to any one of these stunning spots before April 28, parks around the country will be holding special programs and events.