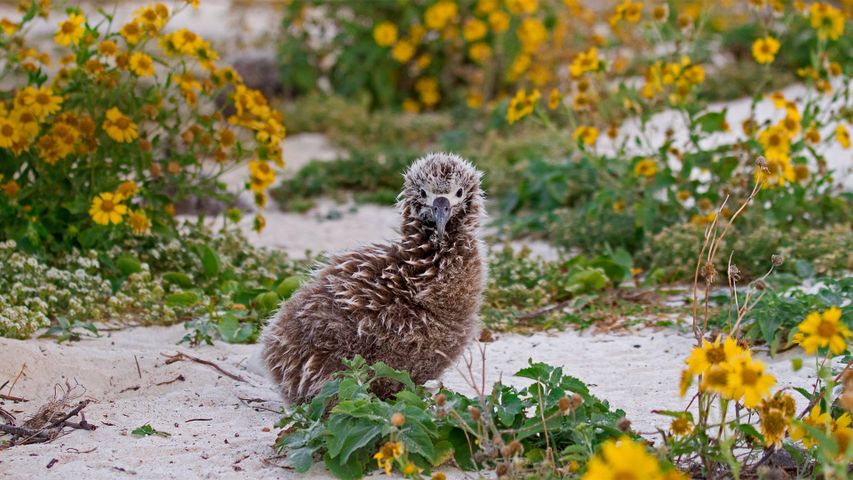 Earth Day brings us to Midway Atoll in the Pacific Ocean, where this fuzzy Laysan albatross chick is taking in its surroundings. The chick’s home, unfortunately, has a plastic problem. Midway Atoll is part of the Northwestern Hawaiian Islands, not far from the giant gyre of marine debris known as the Great Pacific Garbage Patch. It’s been estimated that some 100 pounds of plastic wash up on Midway Atoll each week, and most of the albatross population has ingested it (they confuse the brightly coloured pieces with marine life). For chicks, eating the plastic often proves fatal. But one resilient Laysan albatross named Wisdom has become a symbol of hope. At 68 years old, Wisdom is the oldest known wild bird in the world–and as of 2018 she was still laying eggs. Sounds like a perfect Earth Day mascot.