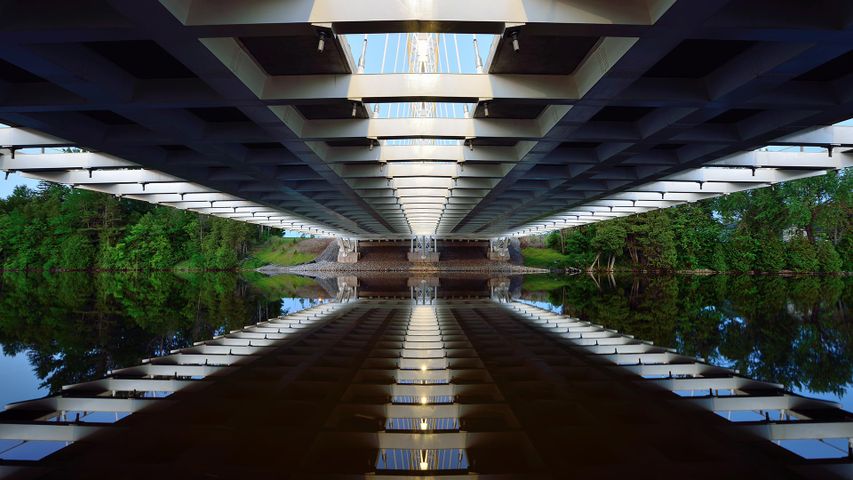 An ode to history. 101 years after the Battle of Vimy Ridge

Today marks the 101-year-anniversary of the Battle of Vimy Ridge. The Vimy Memorial Bridge located in Ottawa, was officially completed in 2014 to enable vehicles and pedestrians cross the Rideau River. The 125-metre-bridge consists of three arches that visually enhance the historic setting of the capital city. It was originally named Strandherd-Armstrong Bridge, after the two roads it connects. However, the name was changed when two Ottawa Royal Canadian Legions suggested naming the bridge after the Battle of Vimy Ridge which defined victory for Canadian troops in WW1.