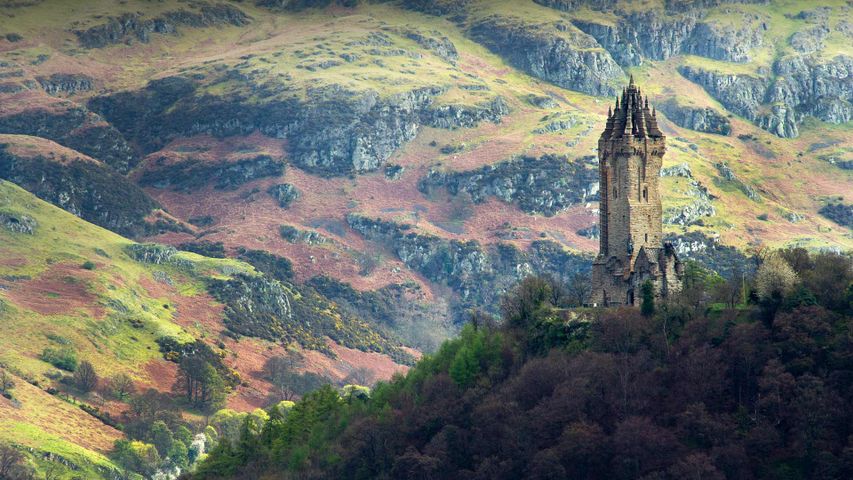 Built for a Scottish patriot. A national monument for a national hero

One of Scotland's most distinctive landmarks, the National Wallace Monument is an iconic tower on the Stirling skyline which commemorates the life and legacy of Sir William Wallace, the 13th-century Scottish patriot and martyr who inspired the Hollywood blockbuster, ‘Braveheart.’ The 67-metre (220 feet) sandstone tower stands proudly on the volcanic outcrop of Abbey Craig and overlooks the scene of Wallace's greatest triumph against the forces of England's King Edward I at the Battle of Stirling Bridge in 1297. Completed in 1869, this year marks the 150th anniversary of the opening of the celebrated monument, which attracts about 140,000 visitors each year.