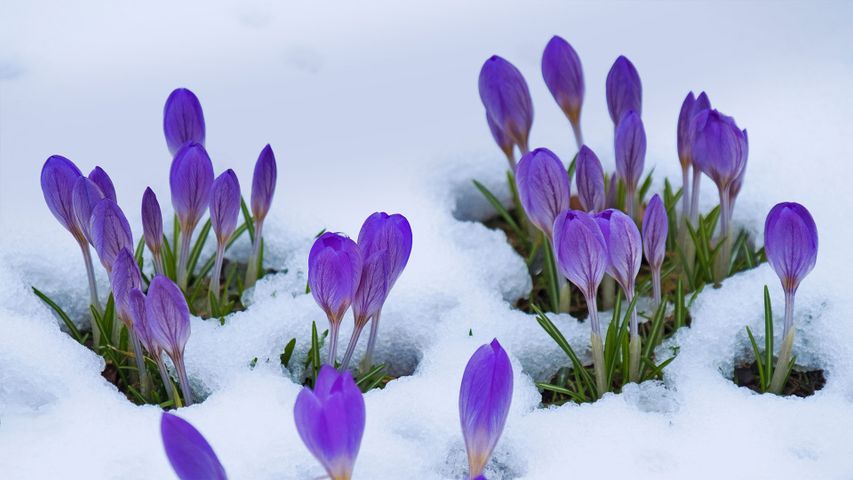 Today’s the first day of spring, otherwise known as the spring equinox. But what is an equinox, exactly? The answer lies in the tilt of the Earth’s axis. When it’s winter in the Northern Hemisphere, those of us above the equator are tilted away from the sun, giving us shorter days and longer nights. In summer, we’re tilted toward the sun, so we can enjoy longer days and shorter nights. But the equinox is right in between. It's the moment during Earth's annual revolution around the sun when its axis is neither tilting away nor tilting toward the sun, giving everyone on the planet an equal split of day and night. This phenomenon happens twice a year—in March and again in September. For folks in the Northern Hemisphere, today signals a shift toward the long days of summer. But in the Southern Hemisphere, everything's flipped. It's the autumnal equinox today—and, yes, winter is coming.

Tulips near the village of Grolloo in Drenthe Province, Netherlands