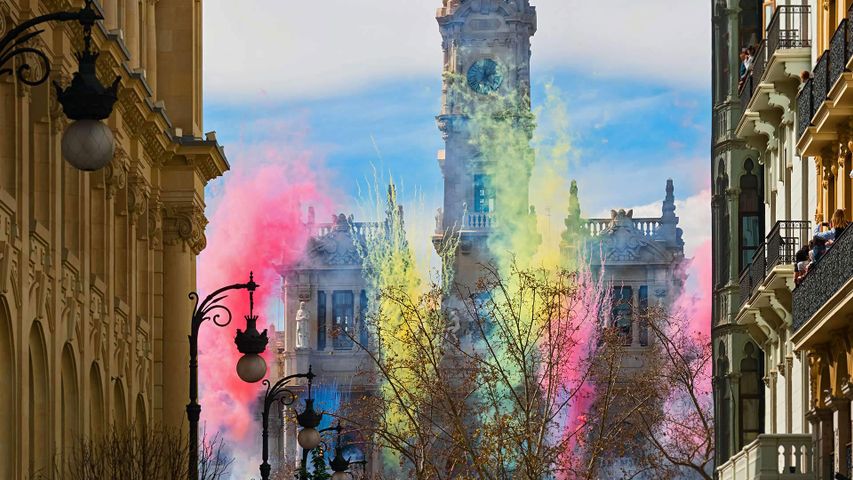 Valencia celebrates spring. The smoke before the bonfire

Today marks the fifth, final, fantastic day of this noisy, fire-and-smoke-filled holiday in Valencia, Spain. It's called Las Fallas (or ‘Las Falles’ in the Valencian spelling), which means ‘torches’ in colloquial translation. While the origins of the festival aren’t entirely clear, the current customs borrow elements of pre-Christian spring festivals, Carnival, and the feast of St. Joseph—which is Father’s Day in this region. Each day of the festival follows a schedule of marching bands in the mornings and fireworks in the afternoon, which is what’s happening in our photo. There are dancers in traditional costumes as well, but the real spectacle comes tonight, as the parade of large, often bawdy wood and papier-mâché figures called ninots are marched through the streets and then added to a huge bonfire to welcome spring.