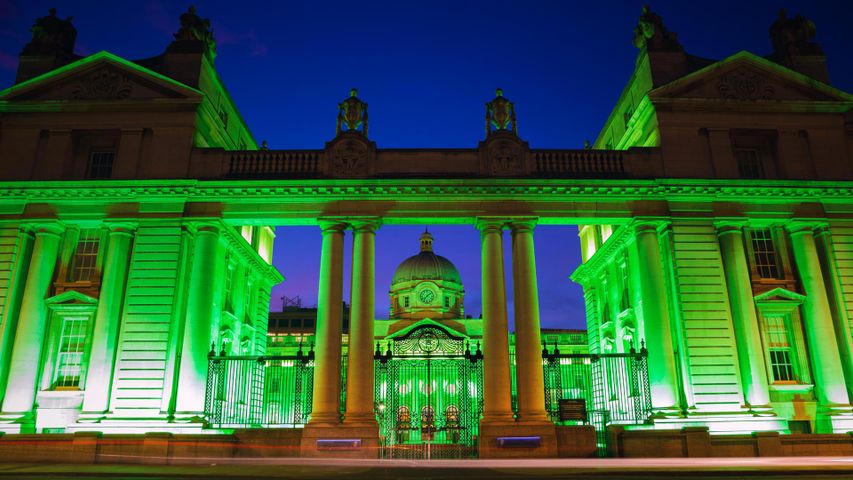 From the 17th century until the late 20th, Saint Patrick’s Day in Ireland was not a loud, celebratory holiday, but more of a quiet religious observance. But in 1996, the capital city of Dublin started embracing the way St. Patrick’s Day is celebrated in the US and other places outside Ireland with large Irish populations: It began hosting a festival that’s become so popular, even governmental agencies such as the Department of Taoiseach (Department of the Prime Minister)—seen in our photo today—get in on the fun by bathing the building’s façade in green light.