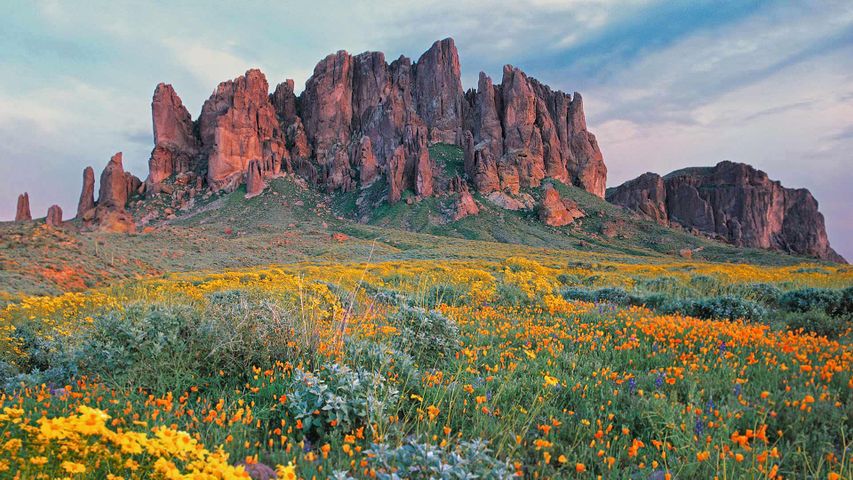 The desert in bloom. March of the flowers

While leaves might be falling in our part of the world, today’s photo today captures the blaze of colour from California brittlebush, poppies, and a variety of other flowers that signal the arrival of spring in Lost Dutchman State Park, just east of Phoenix, Arizona. March is usually when the wildflowers in the deserts of Arizona begin to bloom, and Lost Dutchman is a great place to see them.

The park is near the well-known Superstition Mountains - a place closely associated with the tale of Jacob Waltz, a German immigrant who, in the late 19th century, claimed to have found a hidden gold mine in the Superstition range. Waltz’s story so ignited the public’s imagination that the park was named for his ‘lost’ fortune.