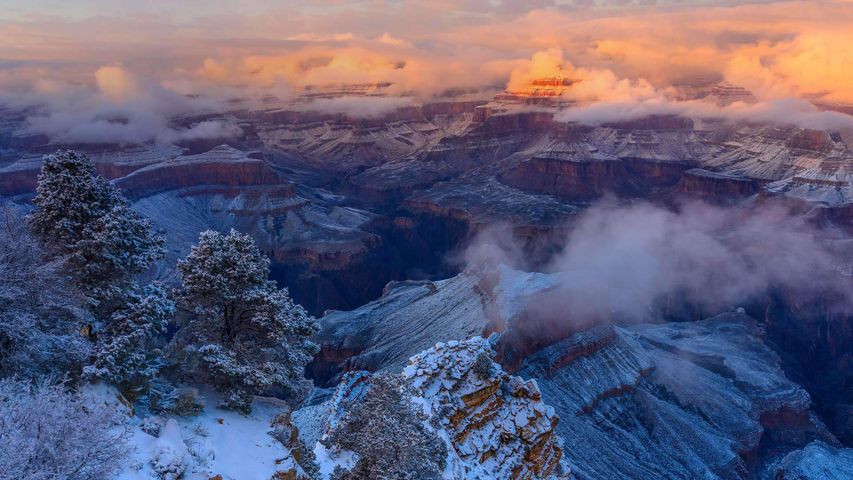 The North Rim of the Grand Canyon is one of the only portions of the park that gets snow every winter. It’s also the least visited part of the park, despite incredible views such as this cloud-veiled peek of Isis Temple. Numerous geologic formations in the North Rim have names referencing mythologies and faiths from around the world. (Vishnu Basement Rocks are nearby.) The ‘temple’ at Isis Temple is an erosion-resistant stone at the top of the mound.