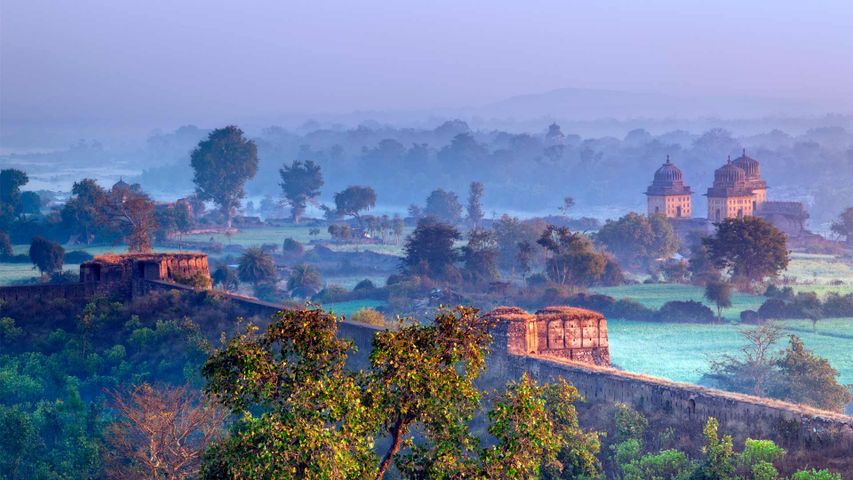 Orchha town, Madhya Pradesh. A piece of history in MP

When in Madhya Pradesh, the picturesque town of Orchha is a place of immense interest to the historian. While the city itself was founded by the Rajput chief Rudra Pratap Singh in the early fifteen hundreds, the Chaturbhuj Temple was built during the reign of Akbar. Later, the Raj Mandir was built by 'Raja Madhukar Shah' while he ruled the region towards the end of the 16th century. Rudra Pratap Singh is also credited with the building of the Fort of Orchha, on a seasonal island off the banks of the river Betwa.

Sunset over the Wheaton River as the light hits Grey Ridge near Whitehorse, Yukon, Canada