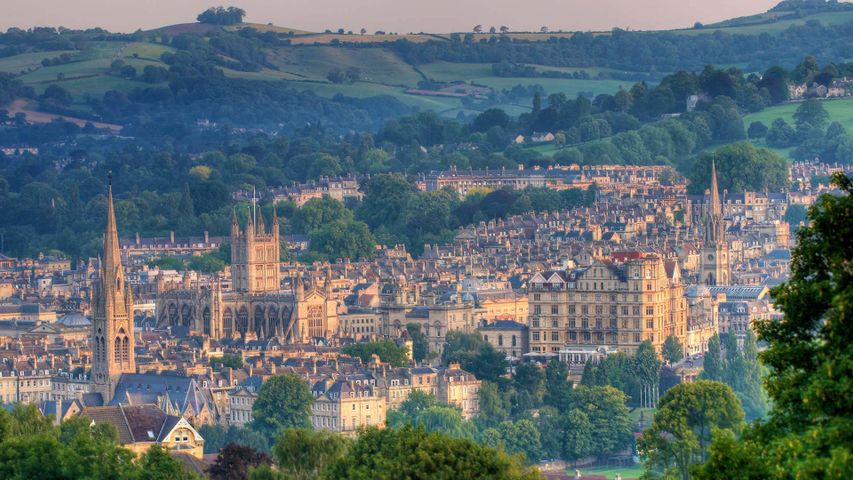 The ancient baths that lent this city its name have for centuries drawn visitors to Somerset. Archaeological evidence suggests that when the Romans first built a temple over the bubbling natural hot springs here between 60-70 CE, they may have been adapting a previous centre of worship by ancient Celts. In any case, the Romans built a bathing complex over the course of 300 years or so, until the Roman withdrawal from Britain in 410. The baths gradually fell into disrepair, but were rebuilt several times, culminating in the elaborate 18th-century buildings that still stand today.

With its captivating history and spectacular architecture, it’s no wonder that Bath has long cultivated a lively arts scene. The city hosts short theatre, literary and music festivals at various times throughout the year, generally outside the busy summertime festival season. Tonight brings the opening of Bachfest, which runs through this weekend. The programme includes several performances of music by Johann Sebastian Bach, as well as others by his Baroque contemporaries.