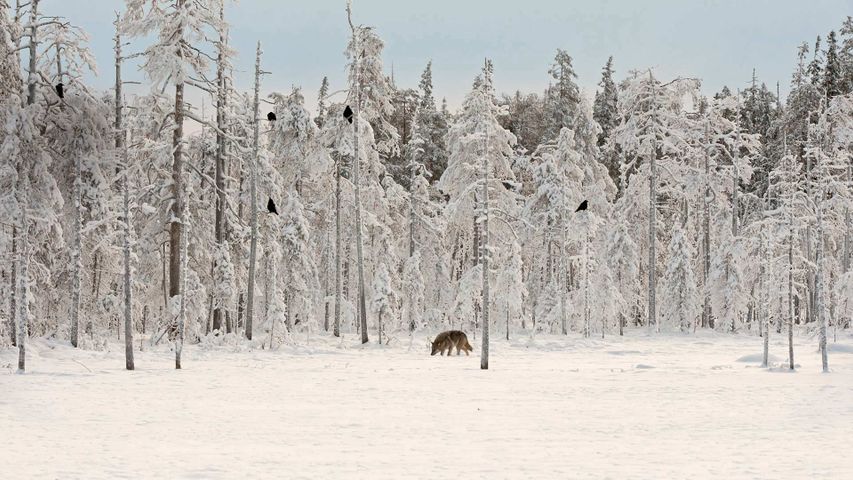 The raven and the wolf. An unlikely friendship in the wild

The raven and the wolf are companions for the ages. The two species are often depicted together in mythology and lore. In modern accounts, if there’s a wolf around, there’s likely a raven nearby. The highly intelligent birds are known to attach themselves to wolf packs in the wild and scavenge off carcasses left behind after a hunt. The jet-black birds have even been observed playing with the wolves, pulling on the tails of wolf pups and chasing them at play. Sounds like fun, but we’ll watch from a distance, thanks.