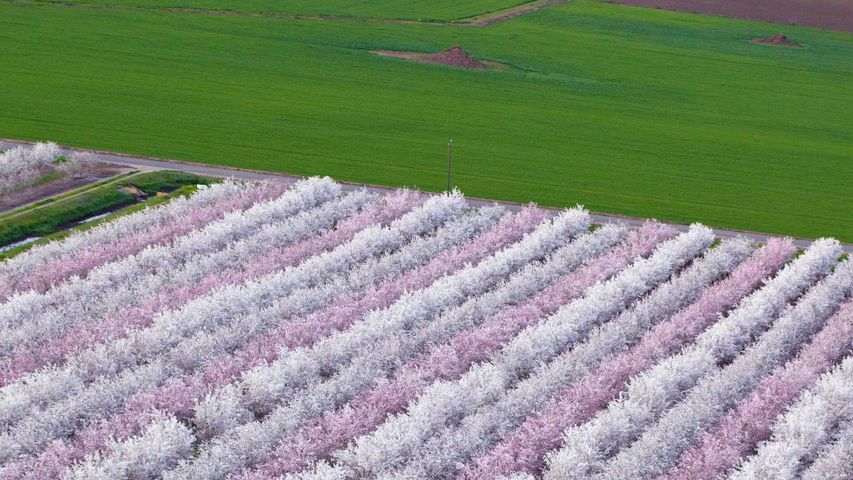 Blooms in the valley. A tale of almonds and bees

Every February in California, the almond trees bloom, sparking a massive migration of commercial beekeepers to America’s Golden State. With box hives stacked high onto semi-truck trailers, they transport their honeybee colonies to almond orchards in the Sacramento and San Joaquin areas of California’s Central Valley, renting the little workers out to farmers. In recent decades, this practice has grown to become the largest managed pollination effort in the world, sometimes called the ‘Super Bowl of beekeeping.’

The amount of California farmland that grows almonds and only almonds has doubled in the past 20 years. It now stretches to around 400,000 hectares. The farmers can’t rely on wind or native insects to pollinate all these flowers, so more than 30 billion bees are mobilised from out of state to work their magic. And much depends on this army of worker bees. Generating more than US$5 billion annually, the California almond crop is a monoculture industry that requires vast amounts of water, land, and - increasingly - honeybees.