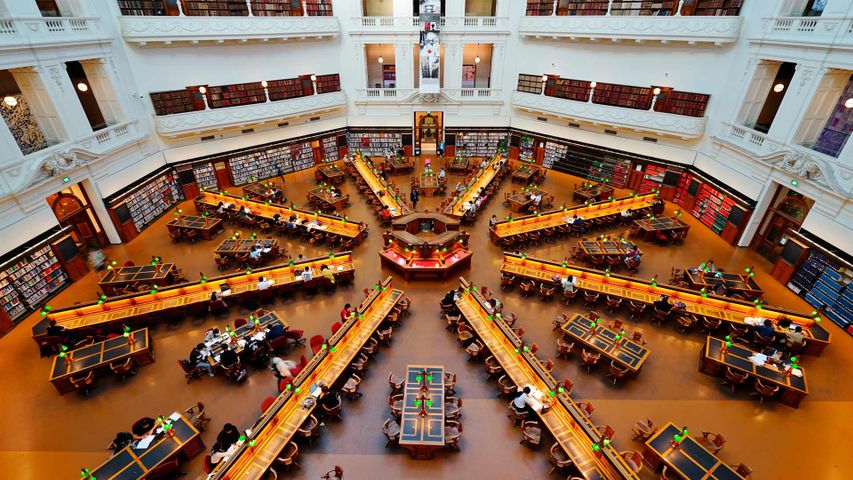 Study time at the State Library of Victoria

A quiet place. School’s back for summer

With Aussie children across the country now officially back in school for the first term of the year, we’re shedding some light on one of the best places to learn: Melbourne’s State Library of Victoria. Established way back in 1854 as the Melbourne Public Library, the beloved building now houses some of the city’s most stunning heritage interiors. The library itself also features an overwhelming collection, including over two million books, hundreds of thousands of pictures, newspapers, maps and manuscripts, as well as audio, video and digital material reflecting the culture of Victoria over the last century. While many use its quiet areas to study throughout the year, the permanent exhibition of Ned Kelly’s armour is also popular.