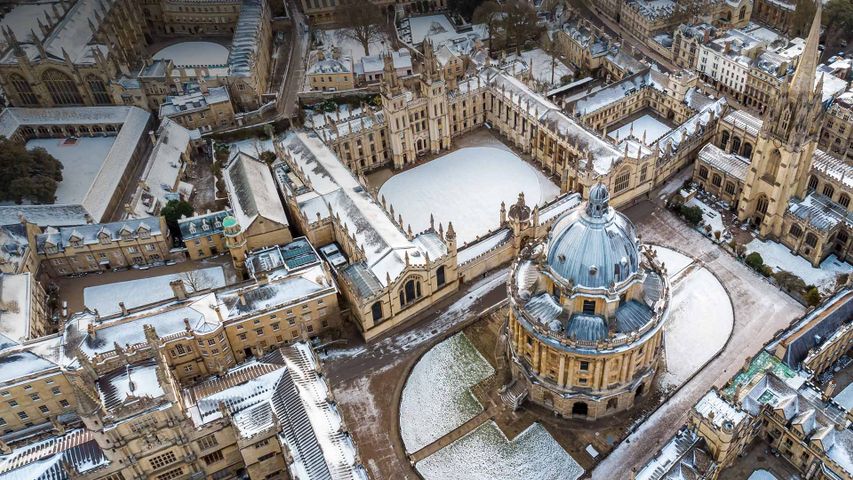 The historic city of Oxford in south central England is famous for being the home of the University of Oxford, the oldest university in the English-speaking world, with teaching in some form dating back to 1096. The internationally renowned institution, which developed rapidly from 1167 when Henry II banned English students from attending the University of Paris, is made up of 38 constituent colleges, some of which can be seen sprinkled with snow on our homepage. Standing out from the surrounding architecture at the heart of the university is the circular domed Radcliffe Camera, or 'Rad Cam' for short, one of Oxford's most prized buildings. Built between 1737-1749, it was the first rotunda library in Britain and now serves as a reading room for the Bodleian Library, the main research library of the university.