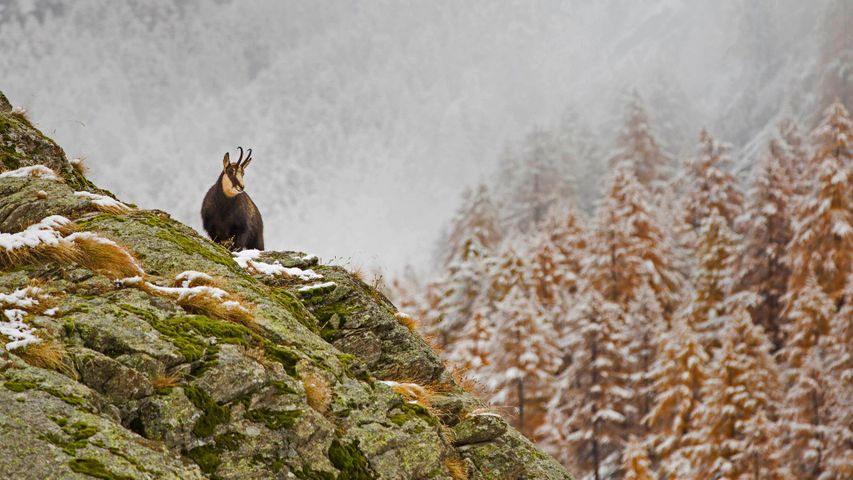 Though chamois goats have been introduced on New Zealand’s South Island, the species is native to the mountains of Europe. As snow begins to cover the forests and hills of the Graian Alps here in Italy’s Gran Paradiso National Park, the chamois’ dark brown summer coat will soon turn a lighter grey. The park stands along Italy’s border with France, connecting it with Vanoise National Park on the French side of the Graian Alps. Herds of chamois goats graze the hills in both parks.