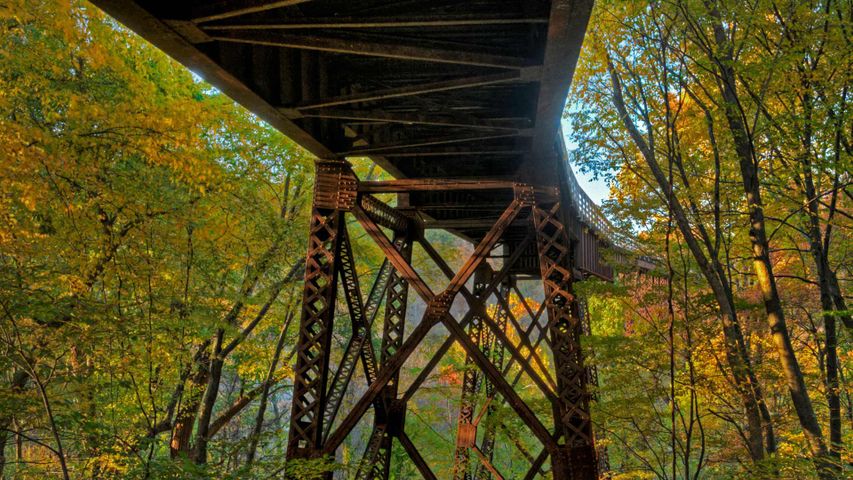 It’s been 40 years since trains rolled over the historic Rosendale Trestle in the town of Rosendale, New York. At 150 feet tall, this stretch of track was the highest span bridge in the United States when it opened in 1872. Rosendale is a region best known for cement production. Rosendale cement was used in construction of many of the United States' most important landmarks, including the Brooklyn Bridge, Statue of Liberty and the United States Capitol. As the industry fell into decline, so did the railroad. These days, the trestle has found new life as a public walkway, open for all to enjoy.