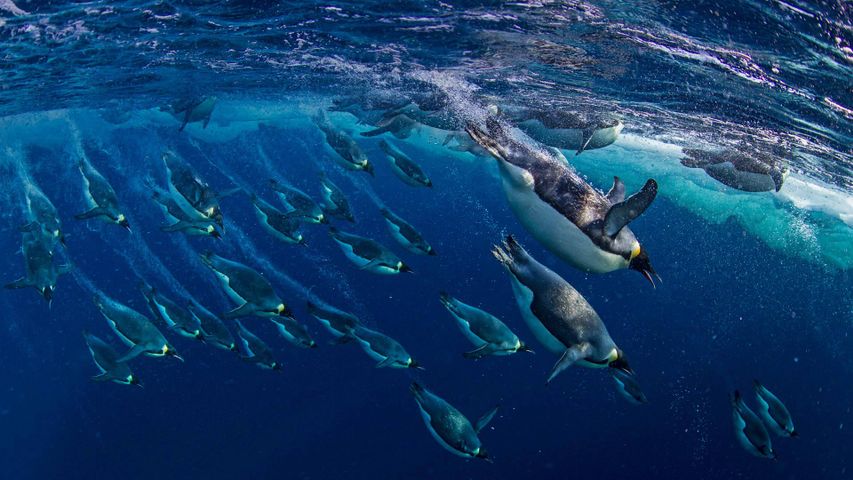 In honour of Penguin Awareness Day, we’re featuring the big daddy of the penguin world–the emperor penguin. At about 4 feet tall and 100 pounds, it’s both the tallest and heaviest penguin species. The emperor is found only in Antarctica, where it endures wind chills colder than -60 degrees Celsius and blizzard winds of more than 190 kmph. It survives these harsh weather conditions by storing lots of fat underneath four layers of feathers. But the emperor penguin truly rules underwater, where it spends roughly half of its life. Studies show that an emperor can dive more than 1,700 feet below the surface, holding its breath for more than 15 minutes at a time. It goes to such great depths in search of food, often for its babies back on shore.