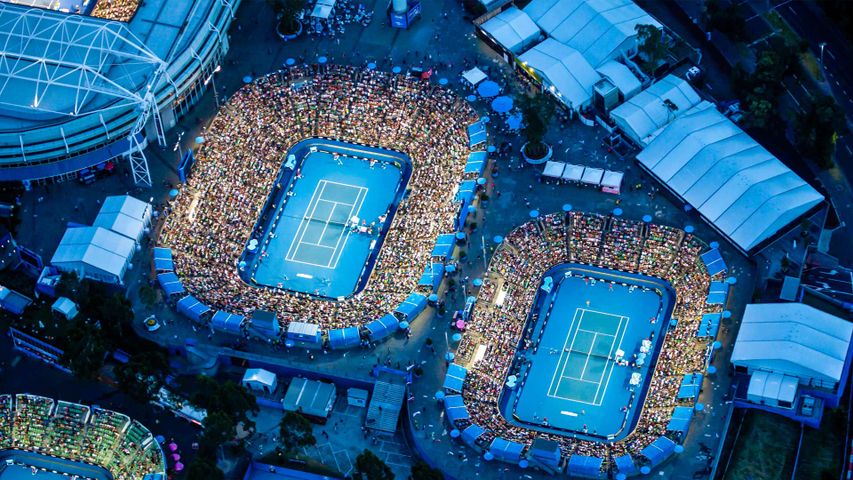 Open for business. Melbourne serves up a winner

We take you today to Rod Laver Arena in Melbourne to celebrate the 50th anniversary of the Australian Open. Previously known as the Australian Championships, where only amateurs were able to compete, the tournament’s proper debut actually took place on the grass courts of Milton, Brisbane, in 1969. Tennis lovers now travel to the plethora of courts housed within Melbourne Park, the most popular of which being Rod Laver Arena - named after our country’s biggest tennis star. The living legend is also celebrating the golden anniversary of his second ‘Grand Slam’ – a gruelling task requiring victory at all four majors (the Australian, French, Wimbledon and US Open) in a calendar year. Such a feat has only ever been managed in singles tennis six times, making Laver’s achievement something special indeed. Many lucky tournament-goers are able to meet Laver, who attends many of the Open’s games each year.